Things I Have Learned at Railroad Ranch 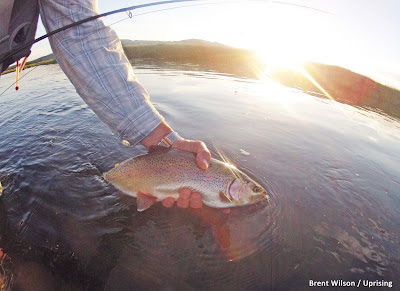 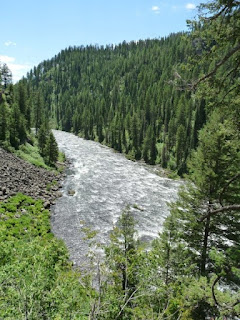 If you've ever heard Rene Harrop or Mike Lawson describe the Henry's Fork river in eastern Idaho, you immediately sense the great reverence and respect these men have for the place.  It is a river like no other I have ever observed.  Having lived in Idaho for almost four years now, I am fortunate to have become a student of the Henry's Fork. 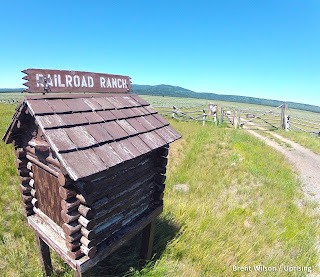 The Railroad Ranch section within Harriman State Park completely humbles me every time I fish it; not just because it is one of the most challenging dry fly streams in the country (it kicks my ass on a regular basis), but because its serenity, abundance of life and sheer beauty are almost indescribable.  An afternoon at the ranch is like having a front row seat in nature's amphitheater; where trout, insects, swallows, foxes and the occasional moose steal the show.
While there are other sections of the river where you can consistently land back-to-back large trout, fishing the ranch is not a numbers game; it requires a different strategy altogether.  You may spend 20 minutes sitting on the bank observing rise forms, then another five to ten minutes slowly working your way through gin clear water to get within casting range.  Long leaders and light tippet are a must.
There are a lot of things that may go wrong, but when things go right, it's pretty amazing.  I am beginning to understand why people come here from all over the world to fly fish. The rainbow trout in the Henry's Fork are some of the wiliest, feistiest fish around.
A lot of people obsess about matching the hatch here, but I think a good drag-free presentation is much more important than a perfect match.  In fact, even when the mayfly and caddis hatches are in full swing, ant or beetle patterns have worked for me when other patterns didn't.
The overall health of the river is apparently on the upswing.  In addition to an abundance of water in recent years, the ranch has benefited from a relatively strict management philosophy ("catch and release only / barbless hooks / no bait") and Idaho Fish and Game has done a good job with enforcement locally.  Couple that with some fantastic grassroots conservation and community outreach programs via the Henry's Fork Foundation and you have a recipe for success. 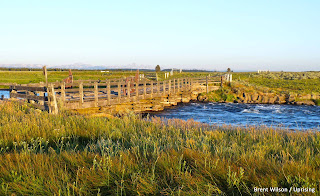 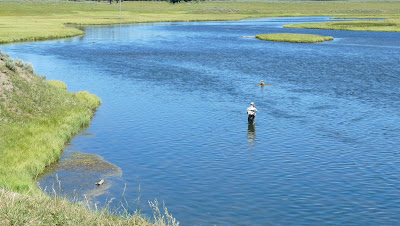 It's hard to explain the effect this place has on your head and your psyche. It's got its own unique rhythm and it's a great place to hone your skills.  This is as challenging as trout fishing gets.

I haven't yet landed a true hog at Railroad Ranch, but there are plenty of them in there...and I'll be back.
http://forum.statcounter.com/vb/showthread.php?t=34481
Posted by Brent Wilson at 11:34 PM 4 comments:

Creatures from the Brown Lagoon - The Video 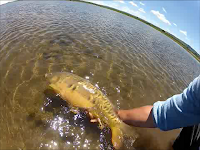 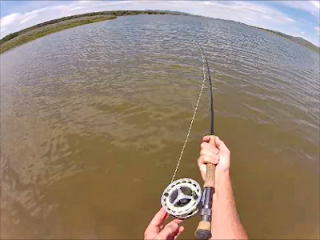 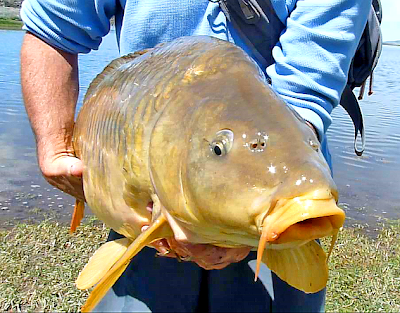 Every spring, Blackfoot Reservoir lies dormant like a sleeping giant.  It offers up a morsel or two here or there, but it never really shows its true potential until we get a good streak of warm weather to bring the flats to life.  We finally got a good solid warm spell this week and now we are 'all systems go' for the summer.

I can't even begin to tell you what a remarkable fishery this is.  There are flats that will produce dozens of back-to-back cookie cutter 6 to 7-pound carp if you just want to keep a tight line all day and have a blast.  There are other areas, like where I fished today, where you can sight cast to very large carp in barely enough water to cover their backs.

Have a great weekend. 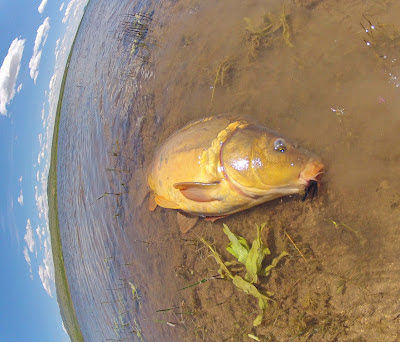 Posted by Brent Wilson at 7:07 PM No comments: