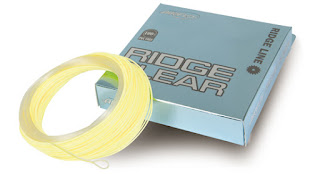 I took Airflo's new Ridge Clear Tip Tropical fly line out for a spin last week on the flats of Turks & Caicos.  I fished the #8WFF line and wind speeds ranged between 10 -20 mph.
If you've never seen the Ridge fly line patterns before, imagine a fly line that looks like a star in cross-section.  The notion is that the "ridges" reduce surface tension and enhance line speed and shootability.
I was pretty excited to try out a new bonefish line with a clear floating tip.  Beyond the "stealth" advantage, the 12' clear floating tip allows you to work with a shorter leader, which can be crucial on windy days in the tropics.  One of the obvious concerns with monocore lines is line memory, which can lead to tangles.  Airflo says their ridge pattern virtually eliminates that concern and, based upon my experience thus far, I would say this is true. 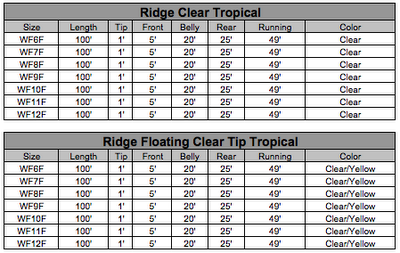 Airflo also makes a totally clear floating line option as part of this series.  However, I opted for the clear tip only to maintain tracking/visibility.
Overall, the line performed great.   It casts as well as, if not better than, any other comparable line I have fished and my concerns about line memory were quickly assuaged.  Welded loops are a plus.
I dig it.   This is the real deal.  Check it out here.
Posted by Brent Wilson at 1:49 PM