I found myself en route to Turks & Caicos last week for a family reunion with two days to kill before the rest of the family arrived.  Naturally, I had one thought on my mind - bonefish.
Bonefish guides run a minimum of $800 per day (plus tips) in Turks & Caicos.  Therefore, I decided this would be a self-guided trip.  After reviewing a couple of websites and multiple Google Earth images, I identified some flats that looked promising.  One of them involved a very long drive on an unimproved road that took its toll on my rental car, but it ended up being well worth the effort. 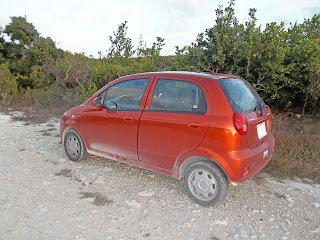 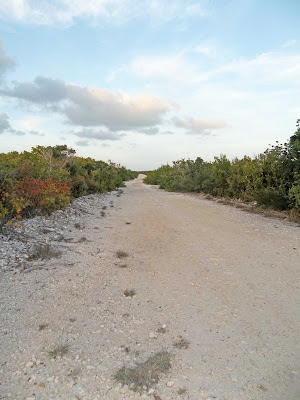 After successfully navigating the dirt road, I came upon an incredibly beautiful flat that looked very fishy.  I rigged up and scanned the water, spotting three cruising bones almost immediately. 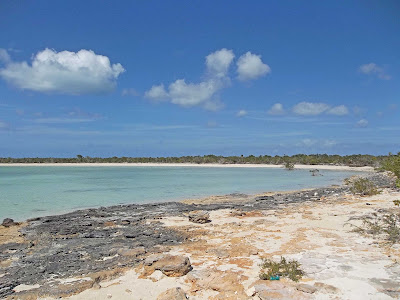 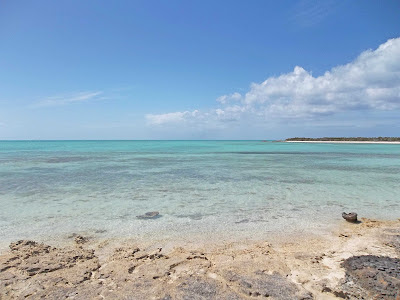 I noticed what appeared to be snapping shrimp burrows, but no signs of crabs.  I took out the box of flies I tied back in Idaho and rigged up a Peterson's Spawning Shrimp.  It was the ticket. 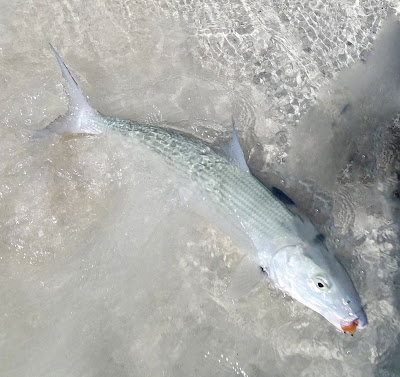 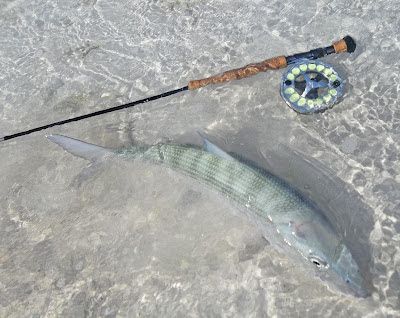 After that it was a matter of cruising up and down the beach looking for fish.  I had the entire beach to myself, except for a couple of nude sunbathers who were quite startled to see a guy with a buff covering his face approaching.  As the tide started to retreat, I worked my way towards the outer edges of the flat and landed 4-5 more good bones. 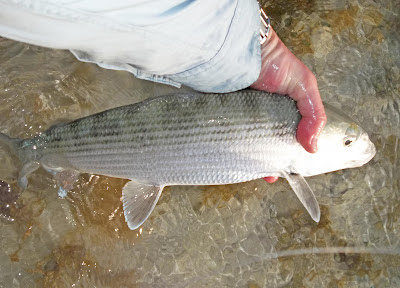 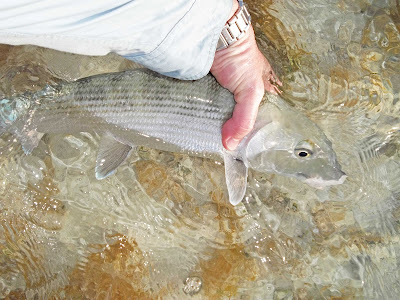 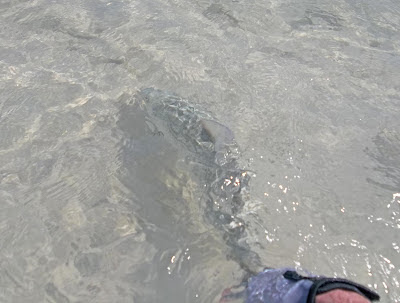 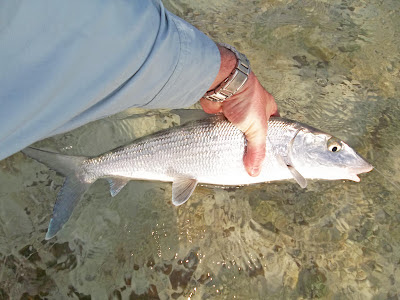 The tide eventually worked its way off the flat as the sun was setting.  It was a pretty epic outing...especially considering I didn't know what to expect after the long car ride across the island.
Now I'm back, enjoying a rain/snow/sleet mix in eastern Idaho.
Posted by Brent Wilson at 3:47 PM