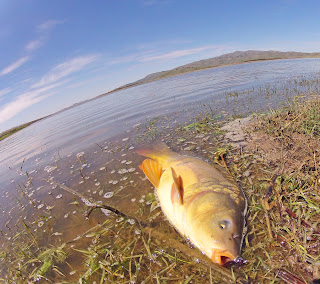 After another week-long cold spell, spring has returned and our carpy friends are re-claiming their right to occupy prime real estate on the flats of Blackfoot Reservoir.
Today the carp were not hanging out at their usual haunts and I was dumbfounded.
The great thing about being dumbfounded is that it forces you to try new techniques and new locations instead of settling into old comfortable patterns. 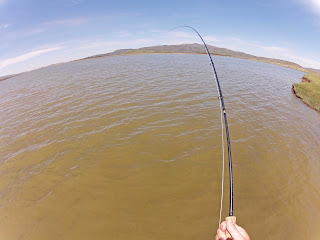 I headed to an area of the lake I rarely fish and found a small new flat.  Although everywhere else in the lake was totally dead today, this particular flat was dynamite.
Carp were staging in no more than 18" of water and they were easy to spot - offering up some distinct bubble trails and the occasional smoke screen. 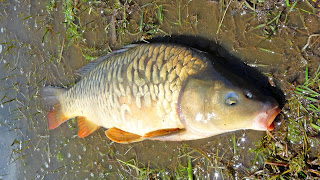 Our relatively short window of carp action at this high elevation impoundment is about to blow wide open.  The hogs have not yet arrived at the trough, but it's great to get warmed up before their arrival.
T minus ten days until the annual Carp Classic fly fishing tournament.
Posted by Brent Wilson at 6:55 PM