I can't feel my fingertips and some of my fingers are noticeably discolored, swollen and blistered. For the first time in my life, I've got frostbite.
How did I get myself into this mess? Let's start at the beginning.
It's Friday, January 18th and, surprisingly, the local weather forecast calls for temperatures in the high 20's. "How can that be?" I asked myself. "A high 20's day sandwiched between nothing but single digits?" I decided to check the Weather Channel to verify. Sure enough, the Weather Channel had the same forecast.
"Awesome," I thought. "I can end the work week with a day on the river." 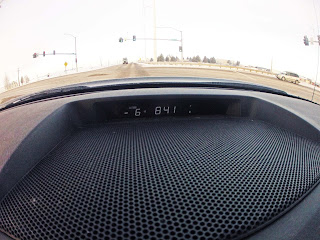 When I left the house at 8:35 a.m. it was 6 degrees below zero outside. This surprised me, but I figured the sun would work its magic in short order and the temperature would rise dramatically.
By the time I got to the river, the temperature had risen a few degrees, but it was still too cold to fish.  I sat in my truck and waited, listening to NPR while hammering out a few work e-mails.
After about an hour, I decided to go ahead and get on the water.  Since I was expecting much higher temperatures, I'd packed my half-fingered gloves in the truck and, being the stubborn ass that I am, I proceeded to fish with them.

I got into three decent trout right away but, given the cold, I chose not to expose them to the frigid air for photos.  It was a windy, bluebird sky day - typical during one of our winter high pressure systems - and the fishing was pretty tough.  When the wind and cold caused my reel to seize, I decided to call it a day.

I hiked back to the truck and reached into my wader pocket to grab the keys.  That's when I realized I couldn't feel my fingers.  When I pulled my hand out of my wader pocket, I noticed my fingertips were off-color white in some areas and purple in others.  It was an image I had never seen before and my stomach sank.

I got back in the truck and fired up the heat.  Even during the peak heat of the afternoon, the dashboard thermometer indicated it was only 9 degrees outside.  My fingers started to tingle like pins and needles.

24 hours later, they are still numb and blistered.  I went over to see my sister-in-law, who is a doctor and mountaineer with a background in wilderness rescue medicine.  She confirmed it was frostbite.  While it typically takes days (sometimes weeks) to observe the amount of damage caused by the crystallization of skin and muscle tissue, the good news for me is that it appears so far to be a mild case of frostbite.  The blisters have not filled with blood, which is a good sign. I should be OK in a few weeks.

Two days earlier I'd uploaded a blog post on safe winter fishing tips.  Trust me, the irony of this fact is not lost on me.  Honestly, I feel like an idiot.

Be safe out there.  Respect the severity of the elements.  The fish will still be there when the weather turns.

No fishing for me for a little while, so I will focus on fly tying,

and getting the band back together.... 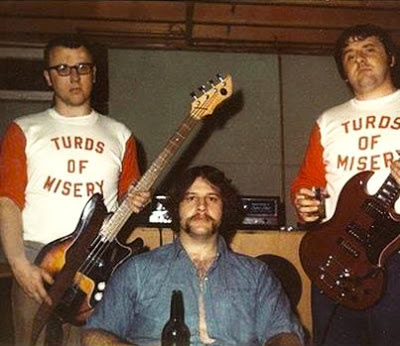 ...so we can cover Japandroids songs...


BTW, Japandroids' drummer gets extra points for wearing a Hot Snakes t-shirt in this video.

Take care of yourselves.

Email ThisBlogThis!Share to TwitterShare to FacebookShare to Pinterest
Labels: Frostbite